Last week was my first time ever visiting the La Quinta area of California, so of course I went a little photo crazy. I decided to throw together a series of some of my favorite images from the trip in sequence.

“Taking pictures is savoring life intensely, every hundredth of a second.” — Marc Riboud

Photos also make it simple to explain the trip without using a million words to describe everything. Easier on the eyes, if I do say so myself!

In summary, I’m thankful for my dad who was my travel companion, and for Patrice and Grandpa who hosted us! They just bought a house together in La Quinta (one of the cities that stretches along with Palm Springs) so admittedly the trip was a lot of stops at home improvement stores, but I still had a great visit! We dined out at all the cool restaurants in the area, and I even got a little bit of sunshine which I used for pool time. The last day it rained, which isn’t unheard of in January. Check out the images that embody the beauty of La Quinta!

Landed just in time for dinner at the best Mexican restaurant around. The chips & guac >> wow! So good. Adobe Grill located in the La Quinta Resort & Club. Get the fajitas. On the plane we were seated next to some folks that happened to be parents of one of my dad’s fraternity brothers at the college I now go to as well. The first of this trips “small world” encounters but actually more to come!

The second day was the sunniest. Before Dad put himself to work, he was playing around on the putting green. (Because what would the Palm Springs area be without golf?) Grandpa and Patrice wanted to take us to Old Town La Quinta for brunch, so I ordered a white mocha and a bagel BLT from Old Town Coffee Company. Also yum. Warm climate plants are too pretty not to photograph, not to mention the citrus tree that had a hummingbird’s nest in it (look bottom left of photo)! This is the day I got to play around in the pool for a bit and soak up that heat Oregon is lacking right now. Dinner was AMAZING at a fancy place called Lavender Bistro. The ambience was my favorite out of all the restaurants we went to—heated outdoor seating with lit up trees all around. We were seated next to some folks that my family happened to know from back home! Small world again. Very thankful for the dinner conversations this night—Grandpa has amazing stories to share! Ended with some quality time with Patrice by the fire while the gents worked.

Lots of errand running with Dad during day three. Home Depot, Lowes, a local electric supply place, and pool store, just to name a few. Oh, and what Oregonian doesn’t stop at an IN-N-OUT while in Cali!! (Could you guess which burger was my dad’s? Mr. Plain.) Grandpa and Patrice wanted to show me The Shops on El Paseo, so we also drove along highway 111 which is the more scenic route that connects all the towns like Palm Springs, Palm Desert, La Quinta, and Indio. Dinner was another amazing suggestion by them. The Cliffhouse, definitely go here if you’re visiting. Super cool atmosphere just like all the restaurants we went to! I tried to capture late at night what I thought to be fireflies floating in the hills but the pictures aren’t worth sharing. I didn’t have the right lens with me, but I’ve also never seen fireflies so if that’s what I saw then it was pretty amazing!

Departure day. Earlier flight, so not much to share here. A quick stop into Starbucks and off to the airport we went. Rainy day. (Better than having to say goodbye to sunshine!) We were greeted with snow that wasn’t there when we first left Portland—which was at least 20 degrees colder. Definitely pretty to fly over and see the white covering!

I had such a fun first time trip, regardless of the work. There were many great places to eat, I recommend every single one I shared! The weather was way warmer than home, I got to see some beautiful scenery, and most importantly I got to spend quality time with family. Until next time, La Quinta! 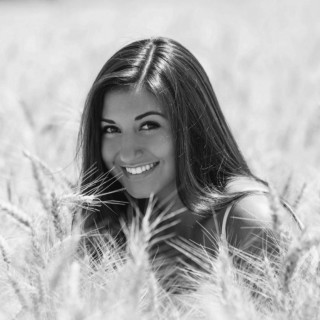 Text and images are property of makenna-morgan.com unless otherwise stated. Do not copy or use any content without linking back to original owner. All rights reserved. ©